I have not dealt with any home inspectors here in Edmonton, but I have had a few clients that have.  In both cases I was not impressed with what had been written up in the report.  In the first instance a friend of mine had a house inspected.  He then called me up to repair everything that the inspector said was wrong, so he sent me the full report ahead of time.

When I got to the house I checked out the sinks by filling each one to the top and letting it drain while the water was on.  Each sink drained perfectly.  I then looked under the sink to find the drains were not leaking and were made of PVC pipe not ABS, which is not a bad thing, just listed wrong in the report.  The showers were fine and one of the three toilets flushed great.  I did change out the other two toilets as they were very old.

The second house I was in had a home inspection done by the potential buyers.  In this report they had said they furnace was in need of repair due to the age of the furnace.  Which is funny since the furnace was only 10 years old.  Which might be old for a car, but like a roof a furnace should last you 25 years.  Yes you should do some upkeep, but just by looking at it I would say it should be fine.  Of course it never hurts to get a heating tech to take a look at it, but to get it replaced is a little bit shady if you ask me.

As soon as I find some decent home inspectors I will list them here.

If you hire a home inspector in Edmonton make sure they at least catch any major problems you might have like roofing, foundation, past flooding, leaks, burn marks from electrical, burn marks above the furnace and anything else that is major.

Thanks to main financial partner 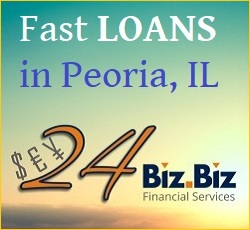